Does HDMI KVM extender support wireless keyboard and mouse? What applications are there? 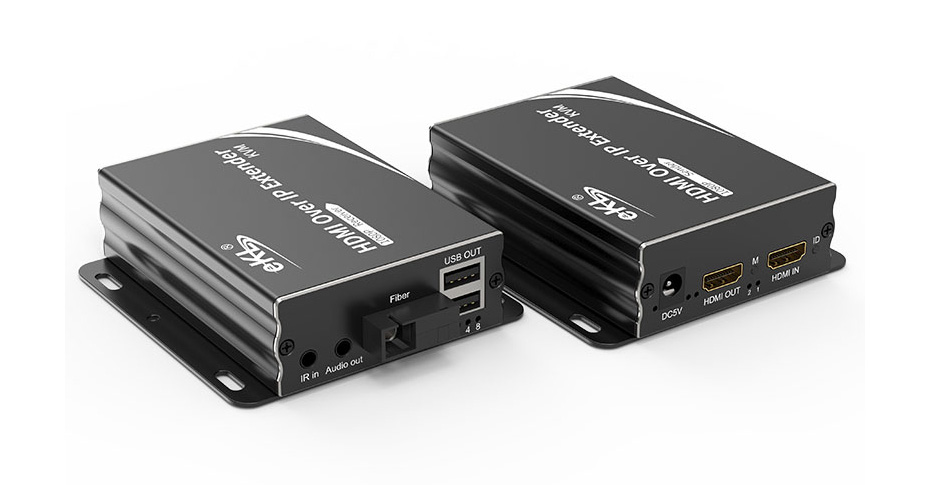 02、No need to install drivers, plug and play

What are the applications of HDMI KVM extenders?

HDMI KVM extenders are mainly used in home, office, security monitoring, data center, outdoor advertising, subway station, high-speed railway station, etc. For general home use, high-speed railway station use, and subway station use, most of them are HDMI KVM single network cable extenders. The resolution is generally 1920x1080p and 3840x2160p. You can usually use the computer for office work and games, and you can also connect the computer to the large-screen monitor in the living room. , and then operate in the living room to play movies, music, and even surf the Internet; the host can also be centrally managed for management monitoring. Generally, when the extension distance is 1~20 kilometers, HDMI KVM fiber optic extenders are used, such as outdoor advertising projects, data centers, etc. 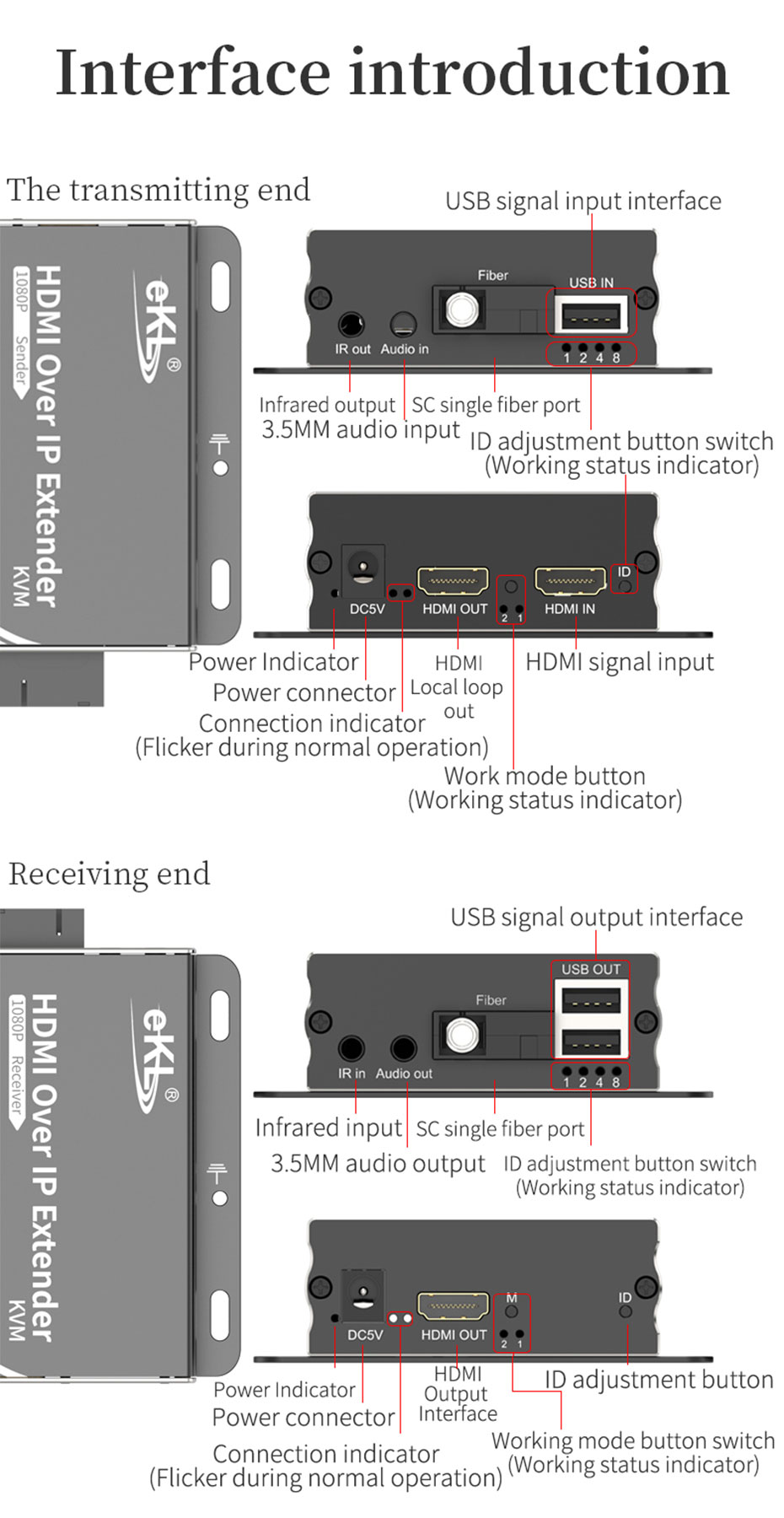 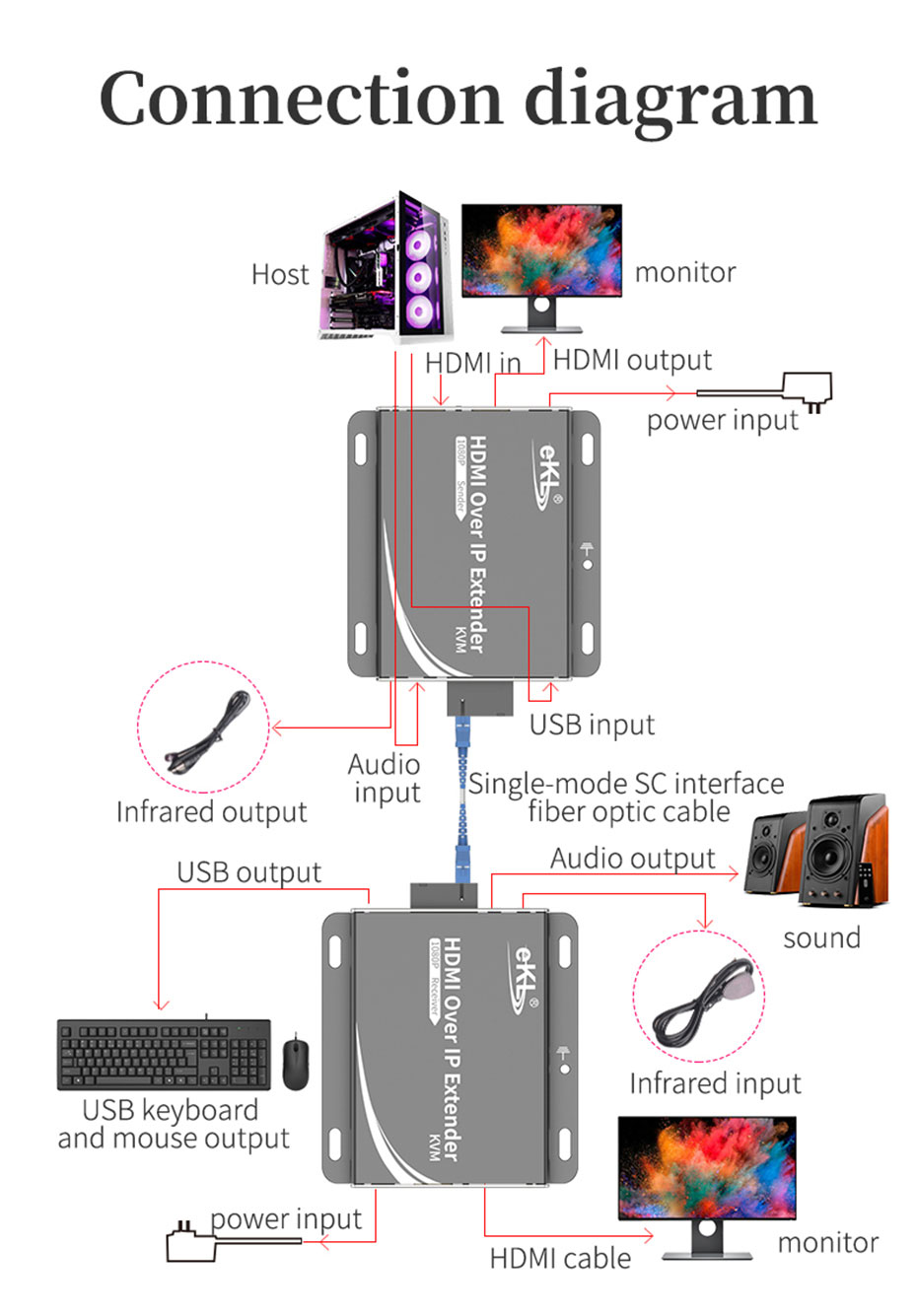 What are the precautions for HDMI KVM extenders?

Whether it is an HDMI KVM single network cable extender or an HDMI KVM optical fiber extender, we must connect the ground wire and take lightning protection measures when using it; secondly, when using it, it is recommended to use the power adapter distributed by the manufacturer, do not use some No-brand, poor quality power adapter, so as not to cause unstable operation of the machine