What is the use of HDMI capture card? how to use?

What is the use of HDMI capture card？

What is an HDMI capture card? The HDMI capture card is a kind of expansion hardware that can be installed in the computer using the HDMI interface. What is the use of HDMI capture card? It is mainly used to collect audio and video from computers, game consoles (such as PS3/4), CD players, video recorders, cameras, mobile phones, surveillance and other equipment.

Capture cards are currently mainly used in education, games and other live broadcast fields; like some skills education and training, such as Java, PHP, Python and other programming teaching, you can collect audio and video while you are in class, which is convenient for students to review the knowledge points, and also convenient to keep. On your own computer, you can watch back when you need it; like some e-sports games, you can also use a capture card for live broadcast. The capture card will synchronously record the audio and video into a video, which is convenient for subsequent data analysis and operation analysis. Sharing wonderful moments, etc.; capture cards can also be used on digital TVs, you can capture favorite TVs, movies, ball games, etc., and you can play them locally when you want to watch them; capture cards can also be used for video conferences, capture cards The entire meeting can be saved in the form of audio and video. After the meeting, it is convenient to review and supplement the content of the meeting. 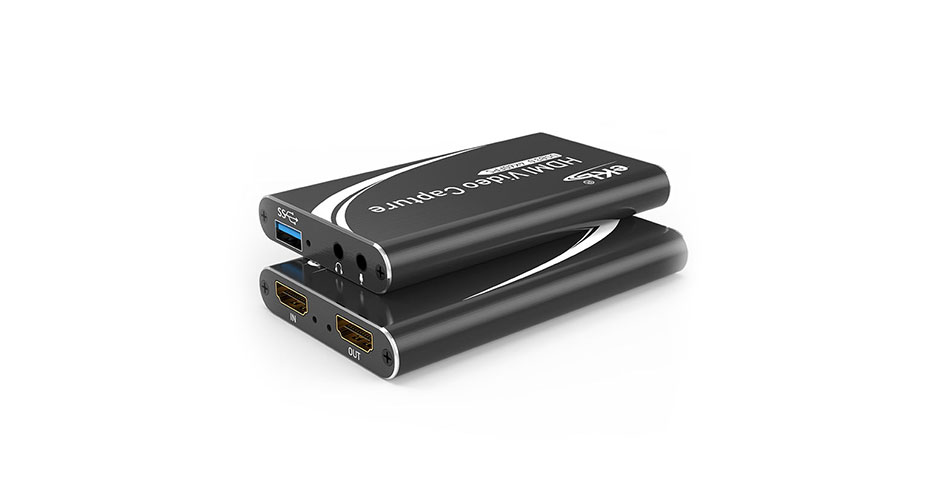 Which brand of HDMI capture card is good？

There are many common capture card brands, such as Green Alliance, Xudongtai, ekL, AVerMedia, etc. The quality of the capture cards produced is very good, and the price/performance ratio is relatively high.

How to use HDMI capture card？

Now we can easily buy HDMI capture cards on the market, such as HDMI capture HUC03, HDMI capture 1805, etc. HUC03 is a capture card that supports 4K@60Hz YUV4:4:4 resolution, and the video capture and recording can reach 4K@30Hz, support 1 channel 4K local loop display at the same time, here take the capture card HUC03 as an example, I will give you a detailed introduction to how to use the HDMI capture card

The capture card HUC uses USB to transfer and store video, so we need a computer before use, and then install a streaming software on the computer. I will use OBS streaming software on my side. After preparing these, we will Take out the purchased machine, remove the packaging, and then check the interface and function of HUC03 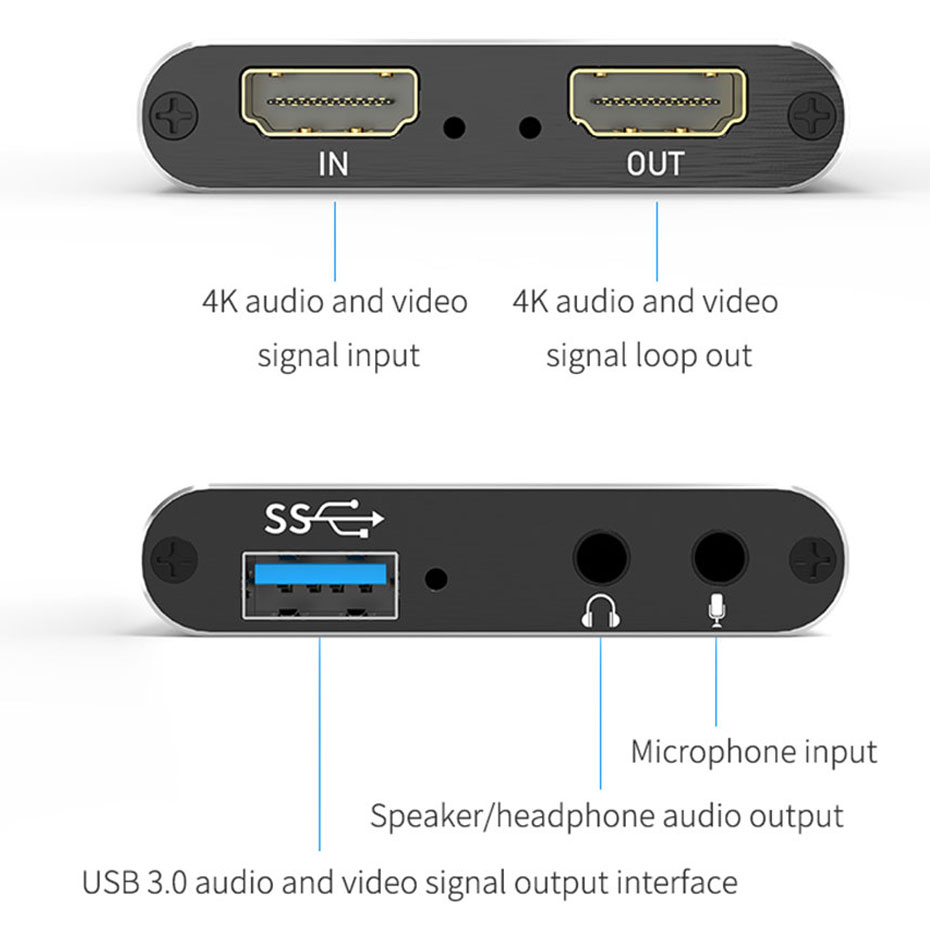 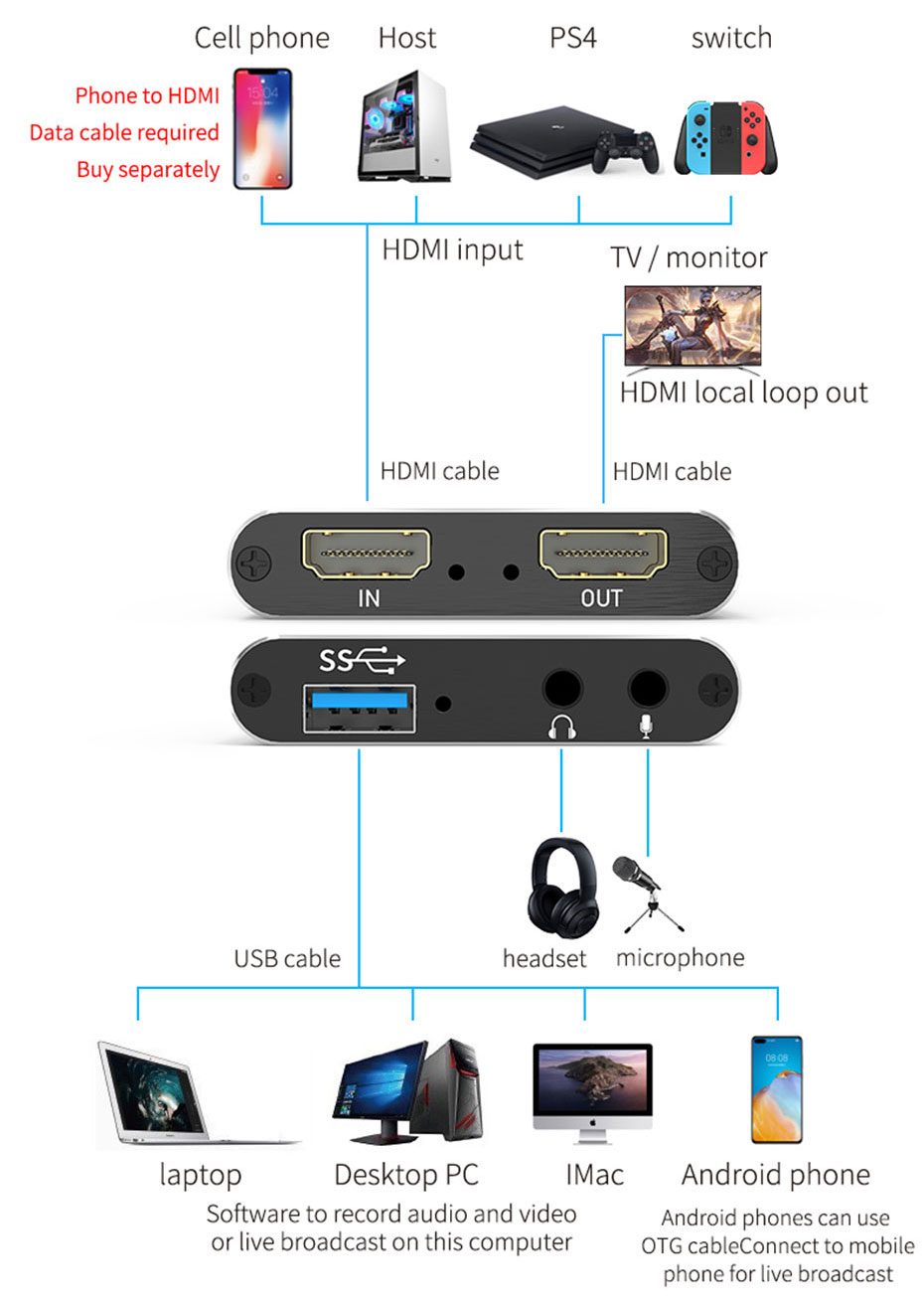 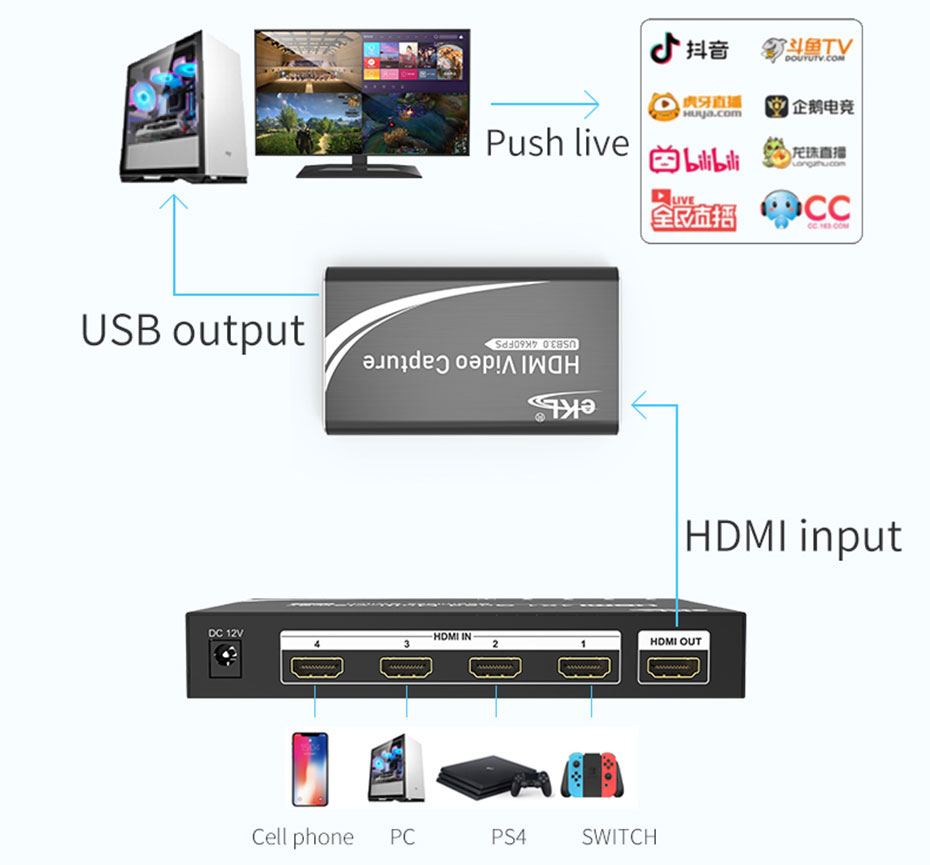 After connecting the capture card to the computer and other hardware, we start the OBS application on the computer. If it is to capture audio and video, follow this step: [Add a new source]→Select [Video capture device]→[Set screen size]→ Select [Studio Mode] (dual windows) → click [Start Recording]; if it is push streaming, follow this step: [Settings] → [Push Streaming] → [Service (Custom)] → [Fill in server and streaming password Key] (fill in the live web address and streaming key of the current direct platform server to the corresponding spaces) → click [OK] → click [Start Streaming] in the lower right corner

At this point, the use of the collected connection is finished. What else needs to be understood in detail, welcome friends to comment or leave a message below.