The difference between HDMI interface and DP interface

Both the HDMI interface and the DP interface are compatible with multiple resolutions and refresh rates, but because their transmission methods are different, the refresh rate under each resolution may not be the same; HDMI uses the TMDS transmission method, and the image output by the graphics card After the signal is converted by the TMDS chip, it is transmitted to the display line by line through a dedicated line. The transmission method of DP is to pack the image into a data packet and then directly transmit it to the display. The transmission of the DP is in a packaged way. A very clever way, because not only the video signal can be put in the data packet, but also other signals can be put in it. For example, HDMI needs a separate wire to transmit HDR data to achieve HDR, while DP does not need to add a separate wire, and the DP interface can be connected in series, connecting another display from the display interface, although this function can only It can only be realized on DP2.0, but these functions are not realized by HDMI. 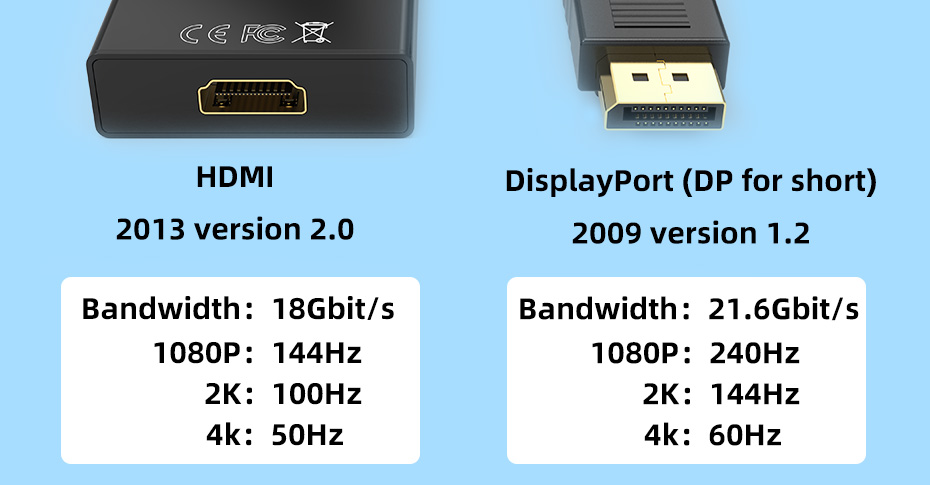 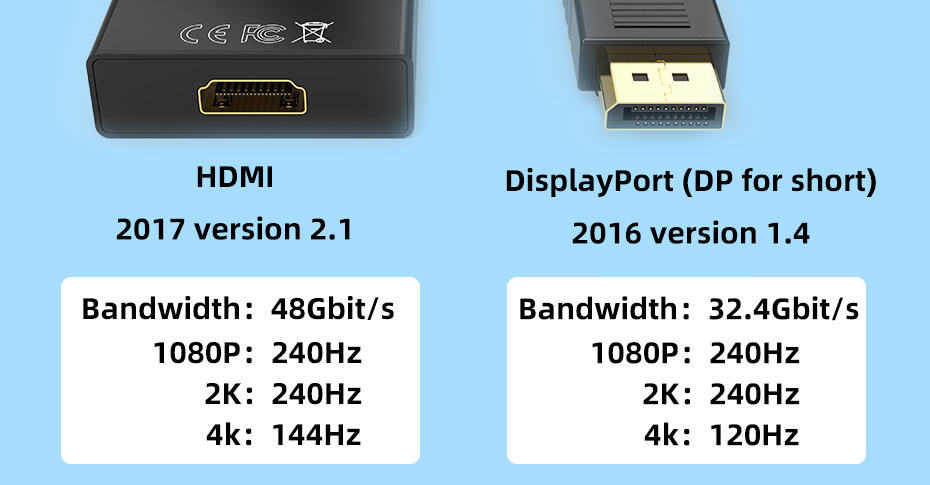